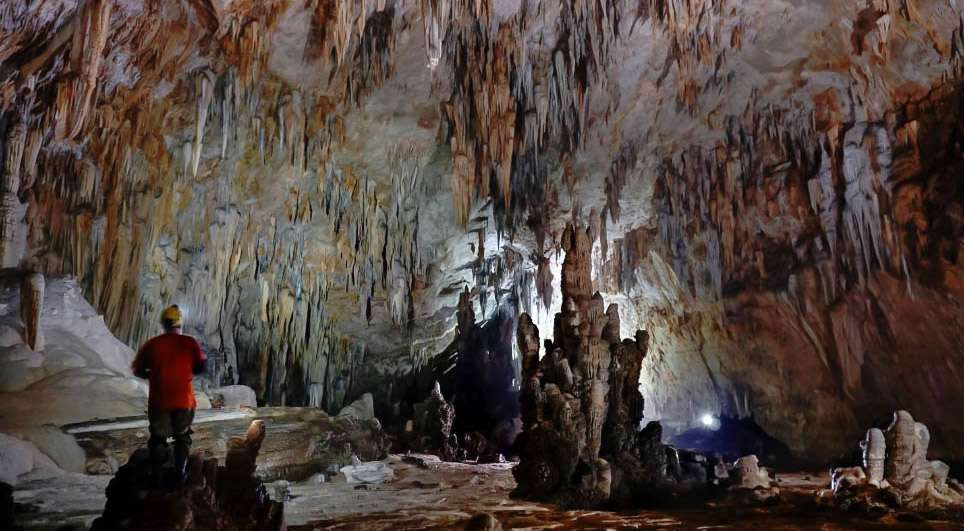 Many people who visit Belize experience a Maya cave via the ATM Tour (Actun Tunichil Muknal) – and that’s if they’re physically fit enough to handle it. It’s an awesome adventure for those looking for something physically challenging, but during the high season, it is a BUSY tour where you will be herded about like cattle in large groups of around 15-20 people with no time to explore on your own (and you will not be the only group there!).

Sound like a bummer? Want something off the beaten path? Enter Crystal Cave. This cave offers much of what ATM does, but on a smaller and less gnarly scale. You still need to be able to walk around for several hours and handle the occasional light scramble on boulders; however, you will not have to swim through lakes or chest-high cave pools, climb a tall somewhat rickety ladder, or walk around in socks as you do for the ATM tour.

Located somewhere near the area of the cave kayaking tour in the Five Blues Lake area, the Crystal Cave tour starts with about an hour’s 4×4-ing into the countryside followed by a 45-min or so hike to the cave itself. The cave was originally named Haunted Forest Cave because of the formations found in one of the huge caverns. It seems the name wasn’t too popular though, as it has since been changed to Crystal Cave to make it a bit more tourist-friendly.

Nature Hike to the Cave

Aside from no crowds, this tour is also great because it’s a 2-in-1 nature hike and cave exploration adventure.

Trained in jungle survival, Jose has amazing knowledge of the local environment, and he turned what might have been a muddy hike of drudgery into an interesting and educational nature trek. Jose took occasional breaks to point out edible foods like fruits and river snails as well as plants useful for survival.

The hike itself ranged from a flat, muddy walk to low river crossings to a bit of elevation at the end near the cave entrance. And yes, your feet will get wet since you’ll be walking through some shallow river crossings as demonstrated in the pic below.

Crystal Cave itself is a pretty amazing cave to be able to explore without any crowds around. The fact that this cave is (as of now) still very much off the beaten path makes it well worth the couple hours required to get there. It is not anywhere near as strenuous as the ATM Cave Tour, there are NO crowds, and you can explore at your leisure with your guide instead of being herded like cows from spot to spot.

A Quick Primer on The Ancient Maya Beliefs of Xibalba

Xibalba, translated as “realm of fright/fear,” was considered the home of the death gods, and caves were seen as the entrance to this underworld. Considered sacred places of worship and prayer, caves were where priests conducted rituals and made offerings to the gods.

The Maya believed that all things – even manmade inanimate objects – had a “spirit.” As an offering, pottery would be taken into caves and broken to release the spirit. For this reason, the pottery in the caves are almost always in the form of broken shards or may have a hole drilled into them.

Pottery spirits are all good, but nothing beats the power of the human spirit. The Maya practiced human sacrifice for special celebratory occasions or in times of dire need. Scientists believe there was a severe 200-year drought in the Yucatan area around 800 – 1000AD, which wiped out a significant portion of the Maya population. Some of the human remains found in the Maya caves are a result of sacrificing to the gods during this bleak era of drought and death.

Other Cool Things to See in Crystal Cave

In addition to the amazing artifacts and bones left behind, there are always other cool things to check out in caves. Nature often provides eerie (and sometimes amusing) formations that can create a surreal experience. Cave explorations always provide tons of opportunities to exercise your imagination (in a good way, I mean – I’m not sayin’ to go spook yourself in the dark).

Some measly plants manage to grow in caves thanks to the nourishment of bat guano and a teeny tiny bit of light. They don’t survive for long, but their short lives are not lived in vain as they help feed the cave critters. 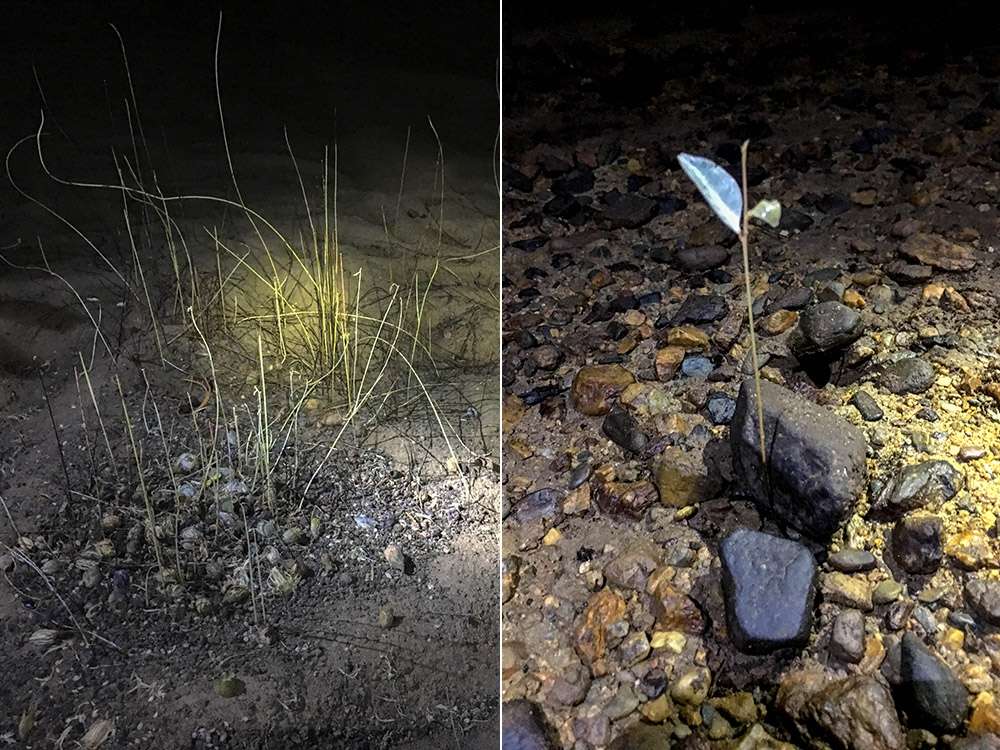 Ugh. Not a fan of creepy crawlies, but it’s amazing to see a thriving ecosystem in a deceptively sustainable environment.

And to wrap up the review of this tour – food! In case you’re wondering whether you will go hungry during all this exploration, you will not! Poor Jose and his son lugged all the food around while leading us on this trip. It’s the typical tour meal of do-it-yourself burrito that seems to be common in Belize. Simple but filling and enough to keep you satisfied until dinner.

All in all, this is a Gassy Squirrel recommended tour. Find adventure discovering artifacts and wandering the gates to Xibalba – without the crazy crowds cramping your style. You can find more info on the Maya Guide Adventures website.